http://www.rem36.ru/docs/pages/nauchite_malysha_byty_alytruistom.html
Kamagra en marseille https://www.kamelef.mobi/ Kamagra jelly effets secondaires
Early in her life with dogs, Sharon Abmeyer bred Airedales, beginning with a litter sired by the renowned Stone Ridge Kennel. It was her passion for the noble, intrepid, and indefatigable Welsh Terriers, however, that captured her heart.

davantage de ressources
Over thirty-five years of breeding and exhibiting Welsh Terriers is a career of hard work, dedication, and perseverance mixed with passion and sportsmanship that can lead to extraordinary results. Carefully planning over many years, dog to dog, pedigree to pedigree, to produce healthy dogs with great temperaments that epitomize the breed standard was her goal. Achieving confirmation of her work in the ring by judges awarding her dogs titles was an overwhelming honor and thrill. She did it hundreds of times with nearly 100 of her own homebred dogs. Therein, the record is held for the late Sharon Abmeyer (Shaireab’s, then Shaireab’s Bayleigh), who has contemporarily bred and owned the most Welsh Terrier champions of record.

Rarely does a dog measure up to every specification of its breed standard. It is the conceptualization of the standard that guides the imaginations of those seriously interested in the breeding, exhibition, and performance of purebred dogs. Sharon Abmeyer cherished teamwork as her guiding force, and has credited her partner in Welsh of 20 years (1998-2018), Keith Bailey (Shaireab’s Bayleigh, then Bayleigh), with whom they produced 61 of the near 100 Champions, 13 Grand Champions (including GCh. Ch. Bayleigh Shaireab’s Super Hero, “Spyder,” the first Welsh Terrier Grand Champion; the Top Winning Welsh Terrier Bitch of All Time, GCh. Ch. Shaireab’s Bayleigh Maid of Honor, “Jennie”; and the Number One Terrier in America 2017, GCh. Ch. Shaireab’s Bayleigh Daenerys Stormborn, “Khaleesi”); and overall 100+ Best in Show wins. Together, Sharon Abmeyer and Keith Bailey bred and owned the No. 1 Welsh Terrier in the country in 2010, 2011, 2012, 2013, 2014, 2015, and 2017.

Sharon Abmeyer treasured, too, her professional handler Tracy Szaras, and subsequently her spouse and partner, Luiz Antonio Abreu. The collective team’s willingness to evaluate puppies and dogs, to discuss differences of opinion, and to work together openly to achieve their goals, was a hallmark of their accomplishments.

This successful team follows previous record holders, such as Judge Walter S. Glynn, who bred and owned more Welsh Terrier champions than anyone else at the turn of the century in the period 1887 until his death on April 17, 1933. They complement other record-holding breeders and owners, who achieved pinnacles with extra special dogs and exceptional resolve, and set records that have become new standards of achievement, elevating the Welsh Terrier breed and ideals to the highest level—The Welsh Terrier Record Holders. 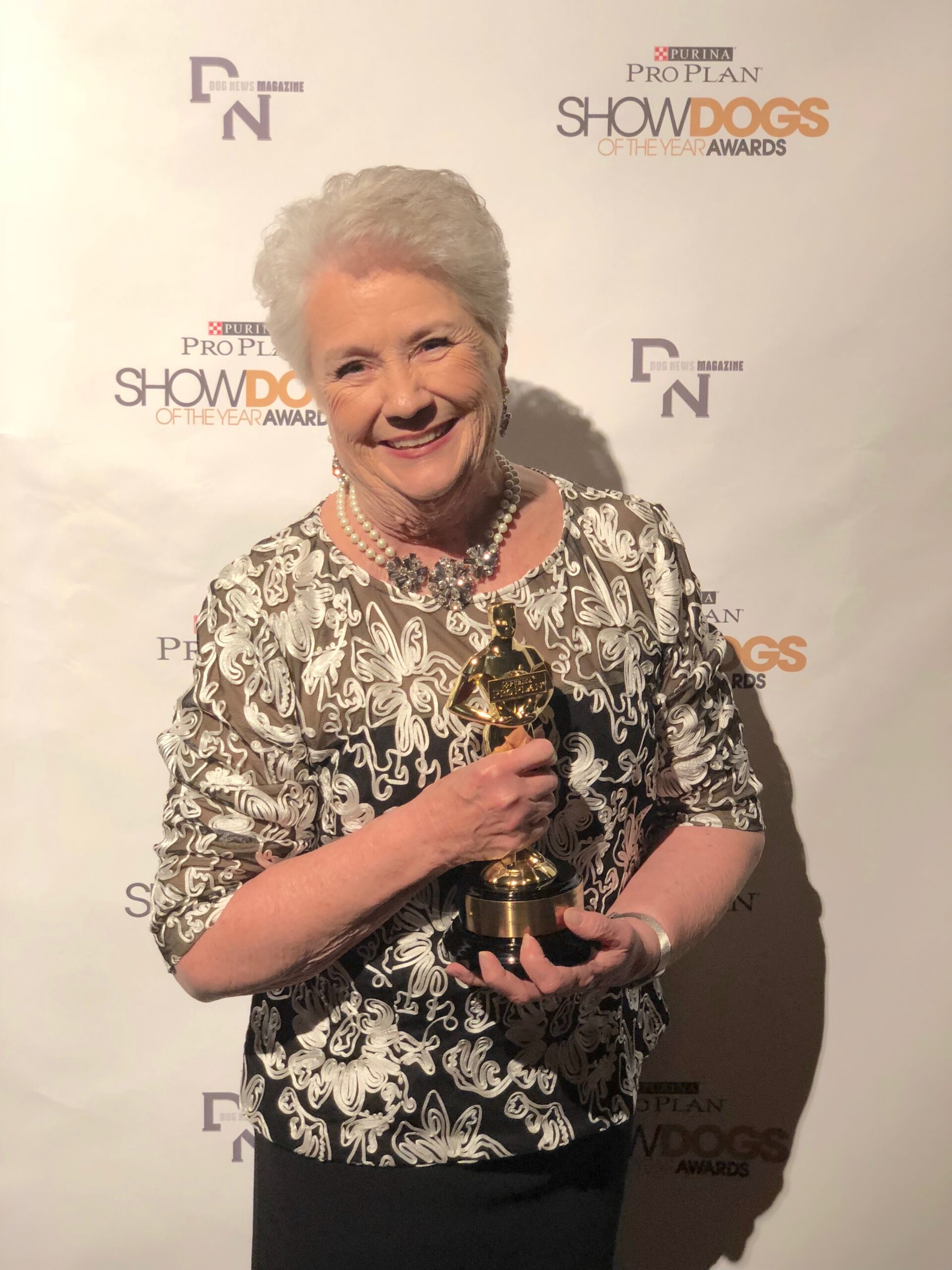 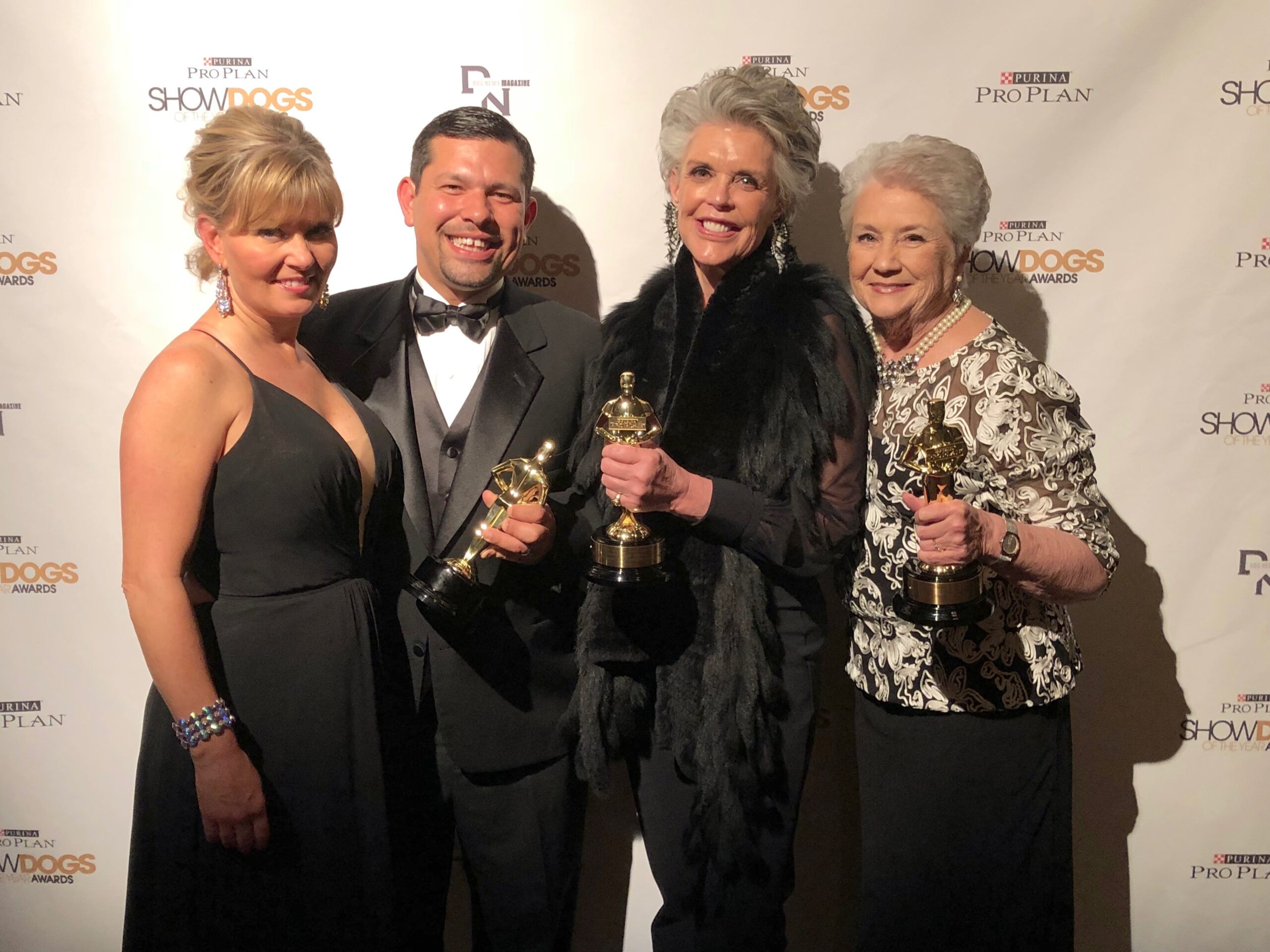 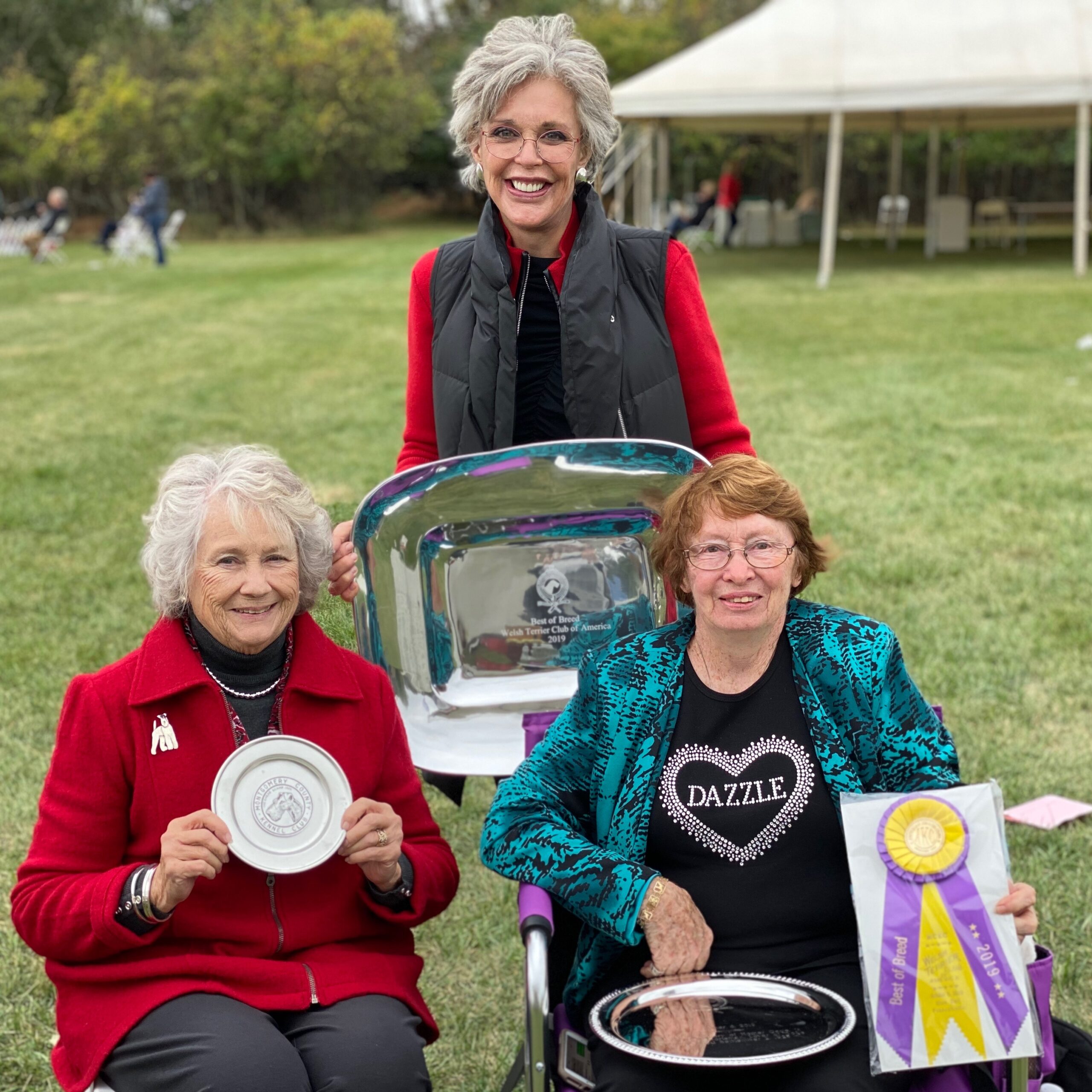 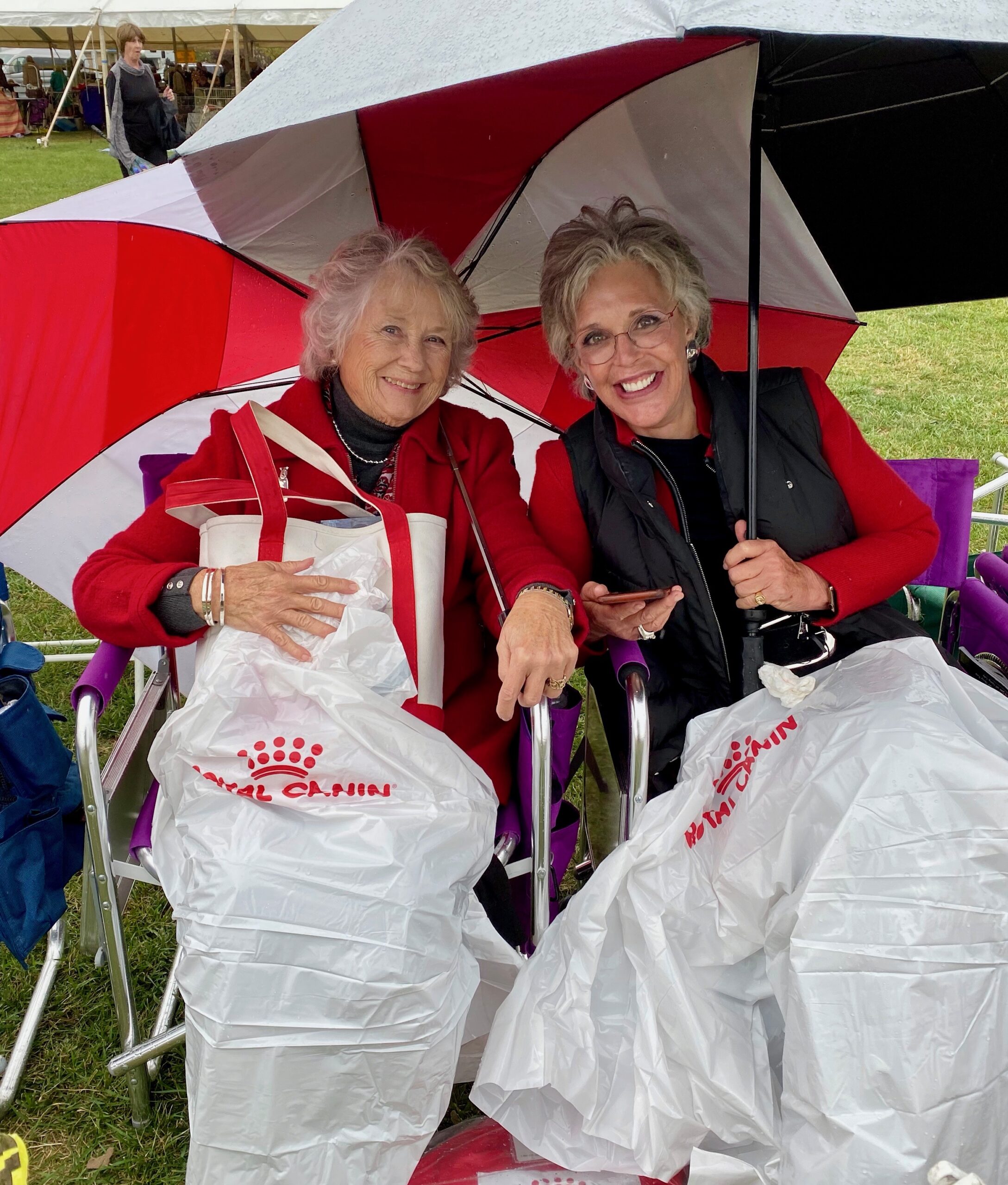 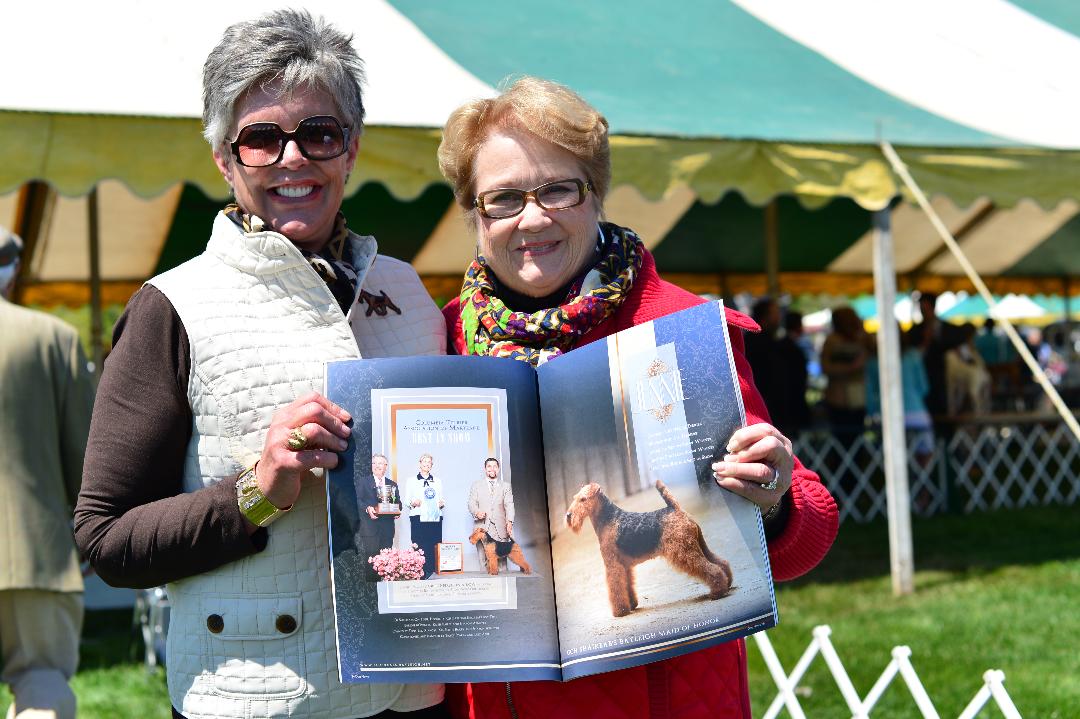 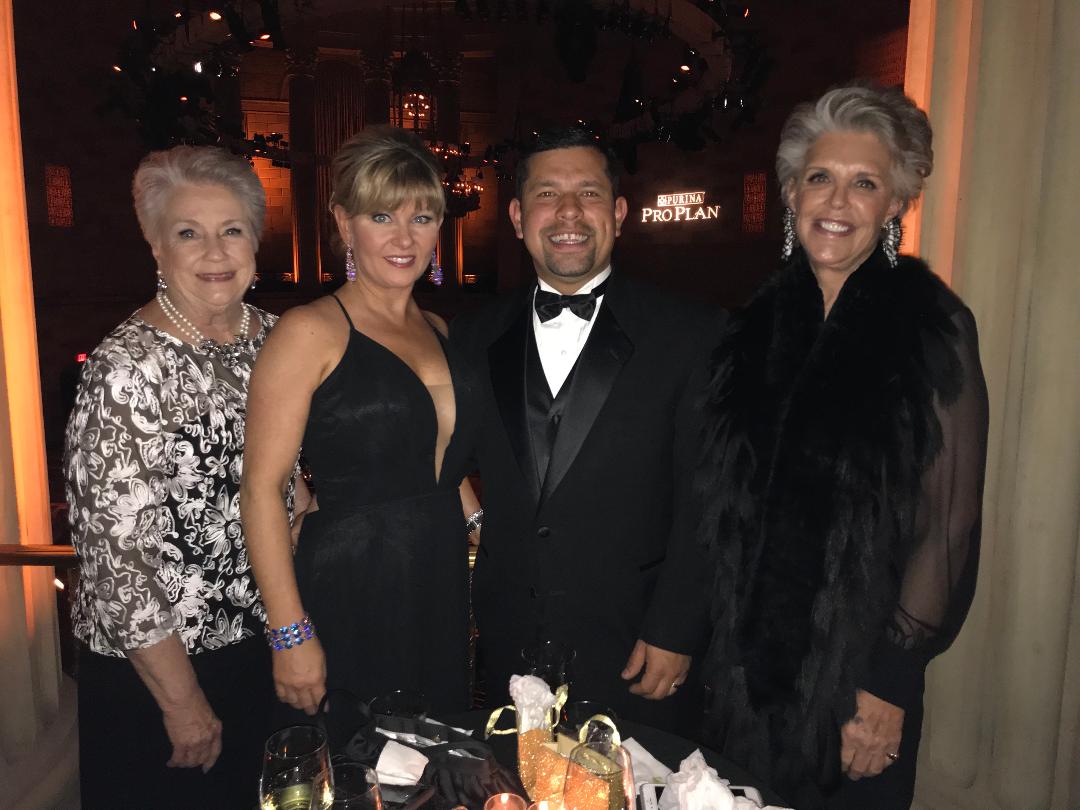 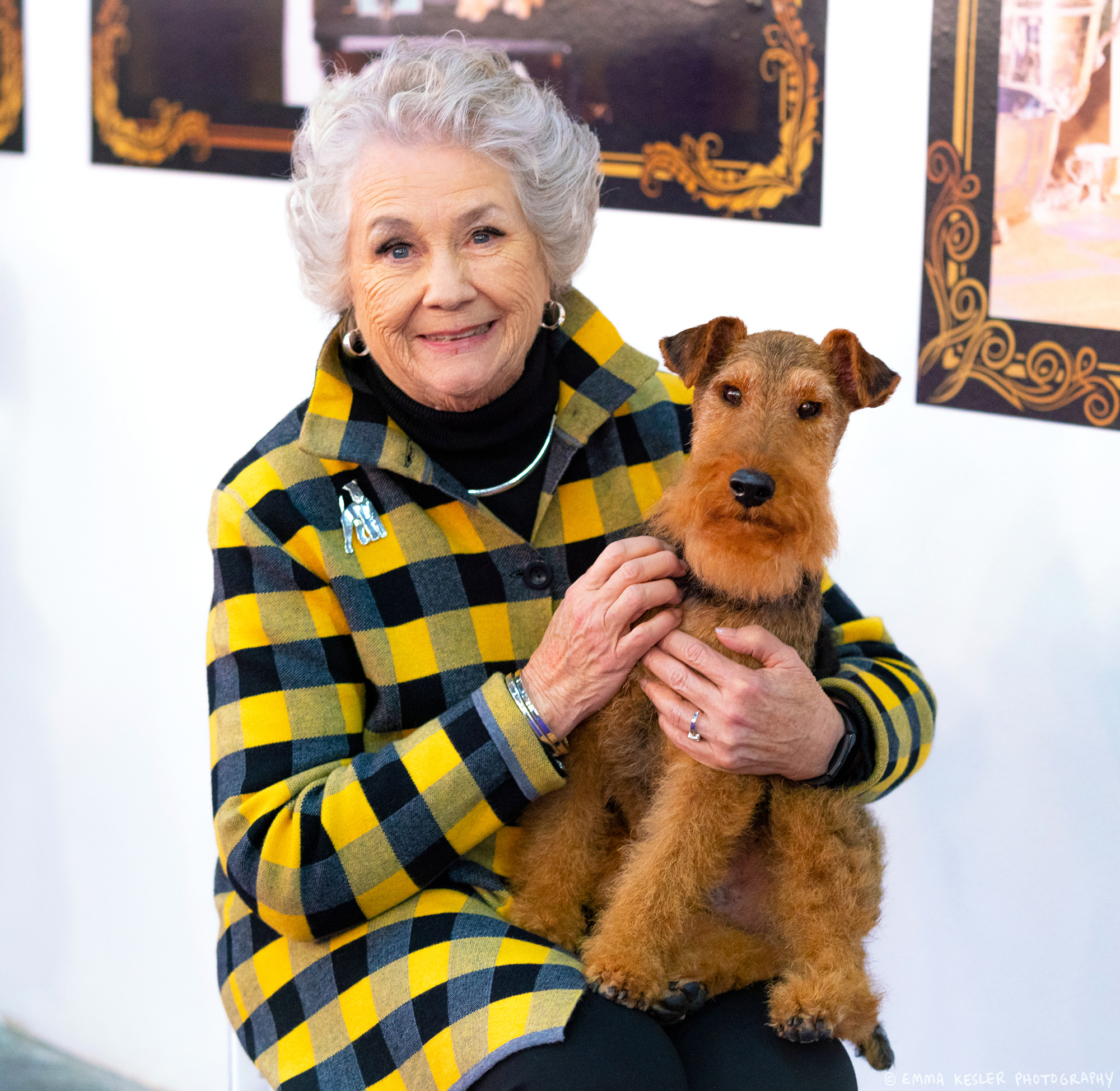 Photo: Sharon Abmeyer with "Miles," the No. 1 All-Time Most Titled Welsh Terrier Internationally, who she bred, at the 2020 Masters Agility Championship at Westminster. Courtesy Emma Kesler.