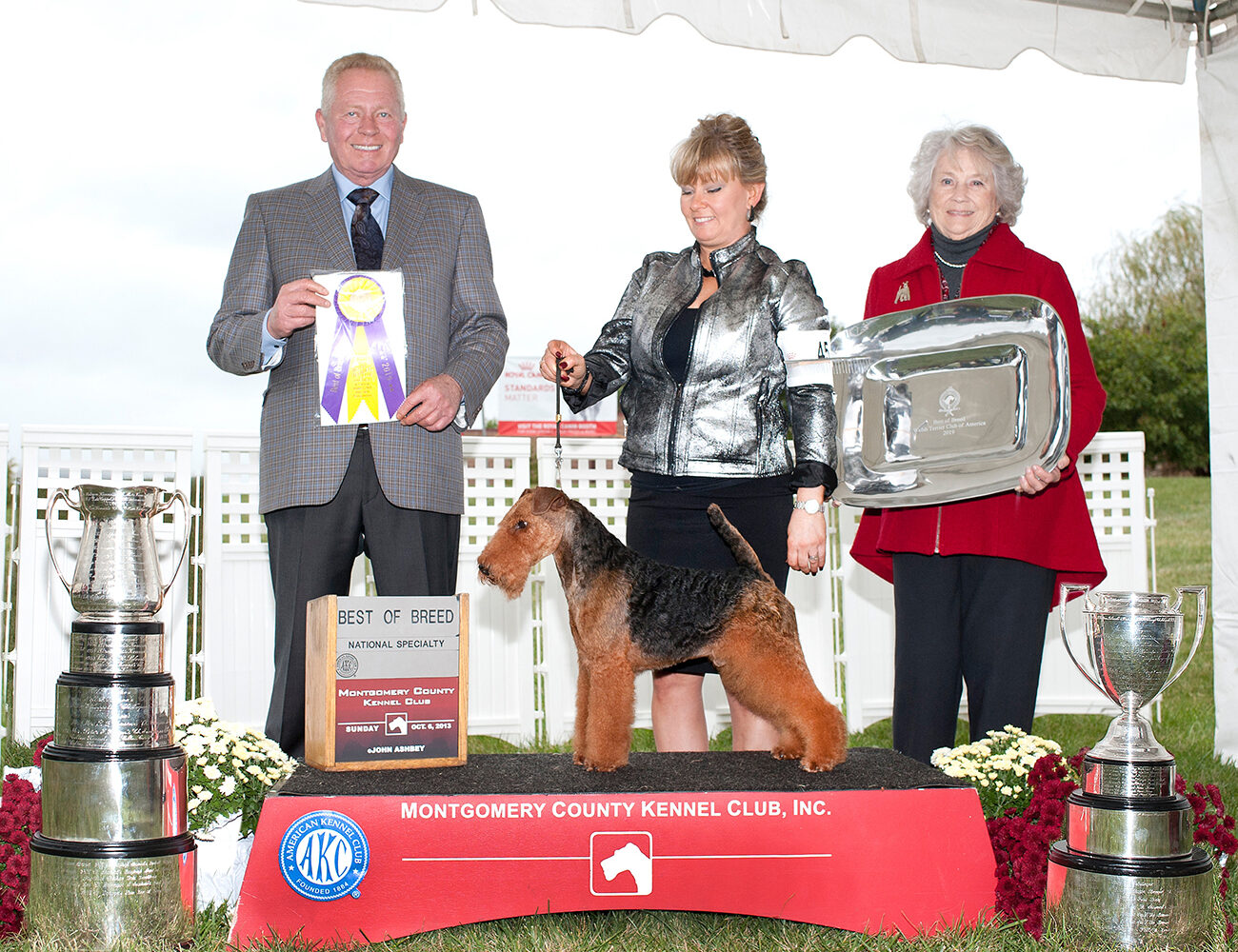 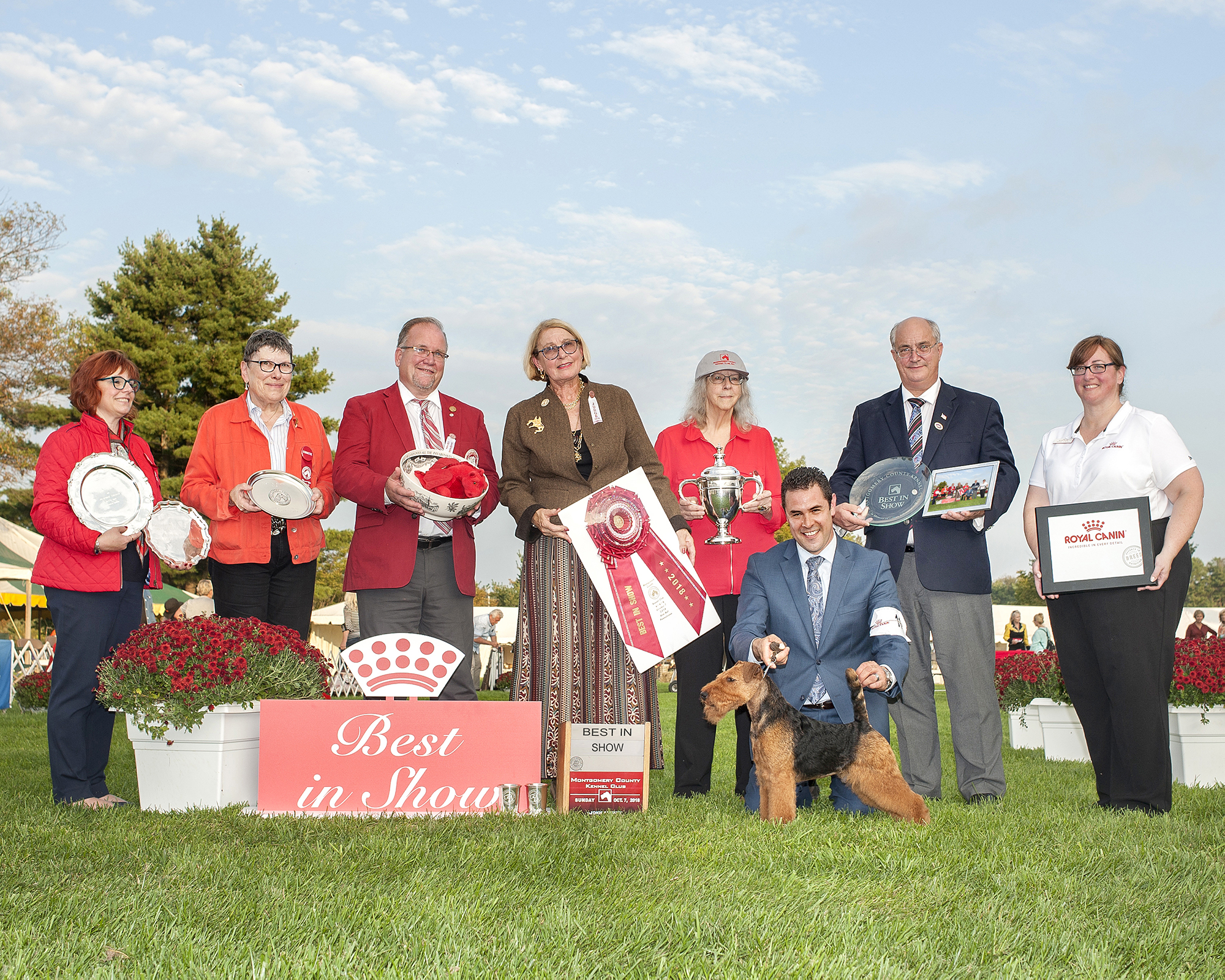 Many thought, what a marvelous highpoint for our rare breed. Upon further study, amazingly, the feat has happened three times in Welsh Terrier history (only two other terrier breeds have done it twice: the Scottish Terrier and Wire Fox Terrier).

The first time a Welsh Terrier won BIS at Montgomery was in 1952, and again in 1953 by the same dog—Ch. Toplight Template of Twin Ponds, “Template”—owned by Mrs. Edward P. (Ernestine) Alker (Twin Ponds). In fact, “Template” was the first of any terrier breed to win back-to-back BIS at MCKC, established in 1929. He won the Welsh Terrier Club of America Grand Challenge Cup in 1951 and 1954. 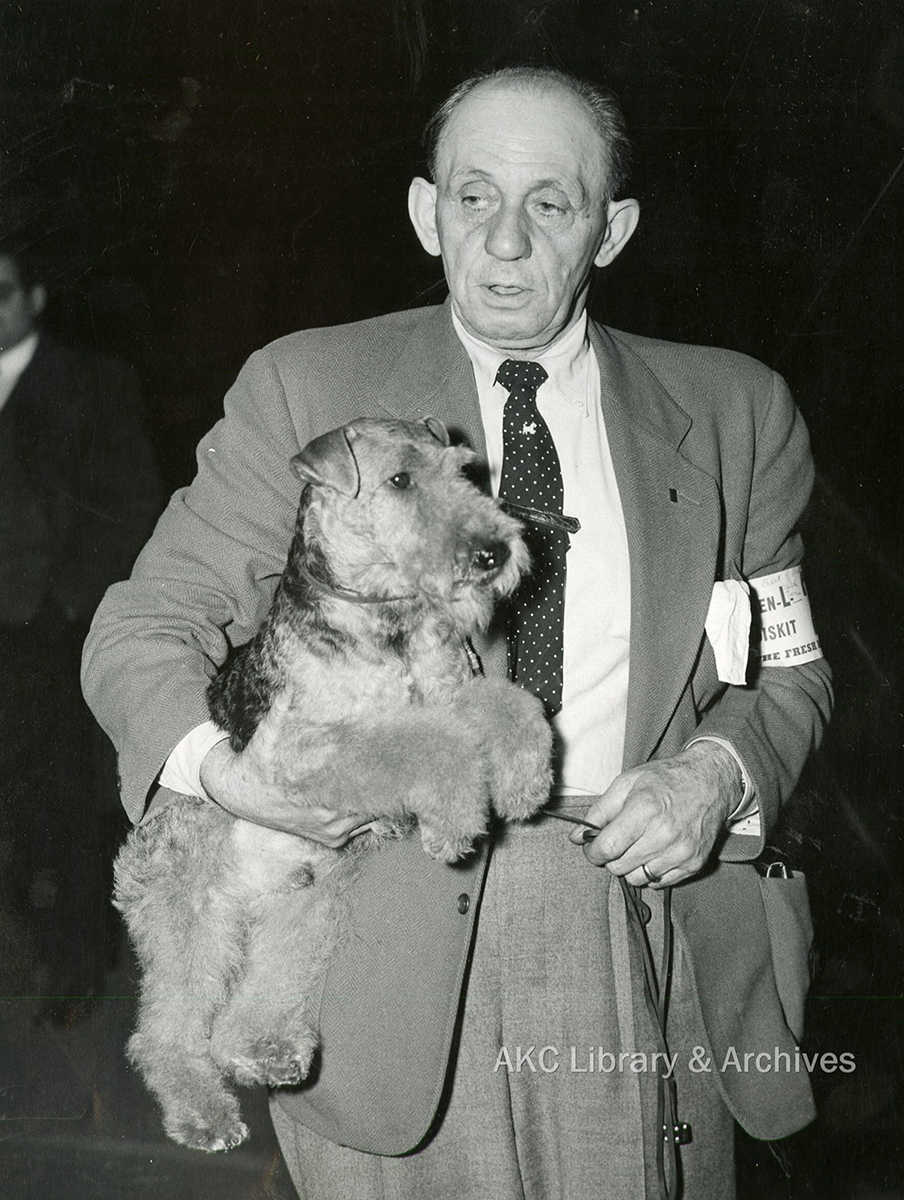 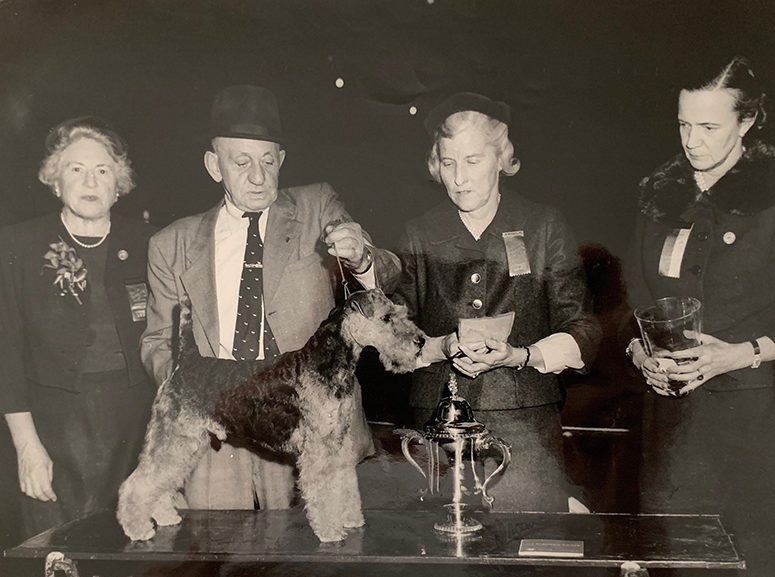 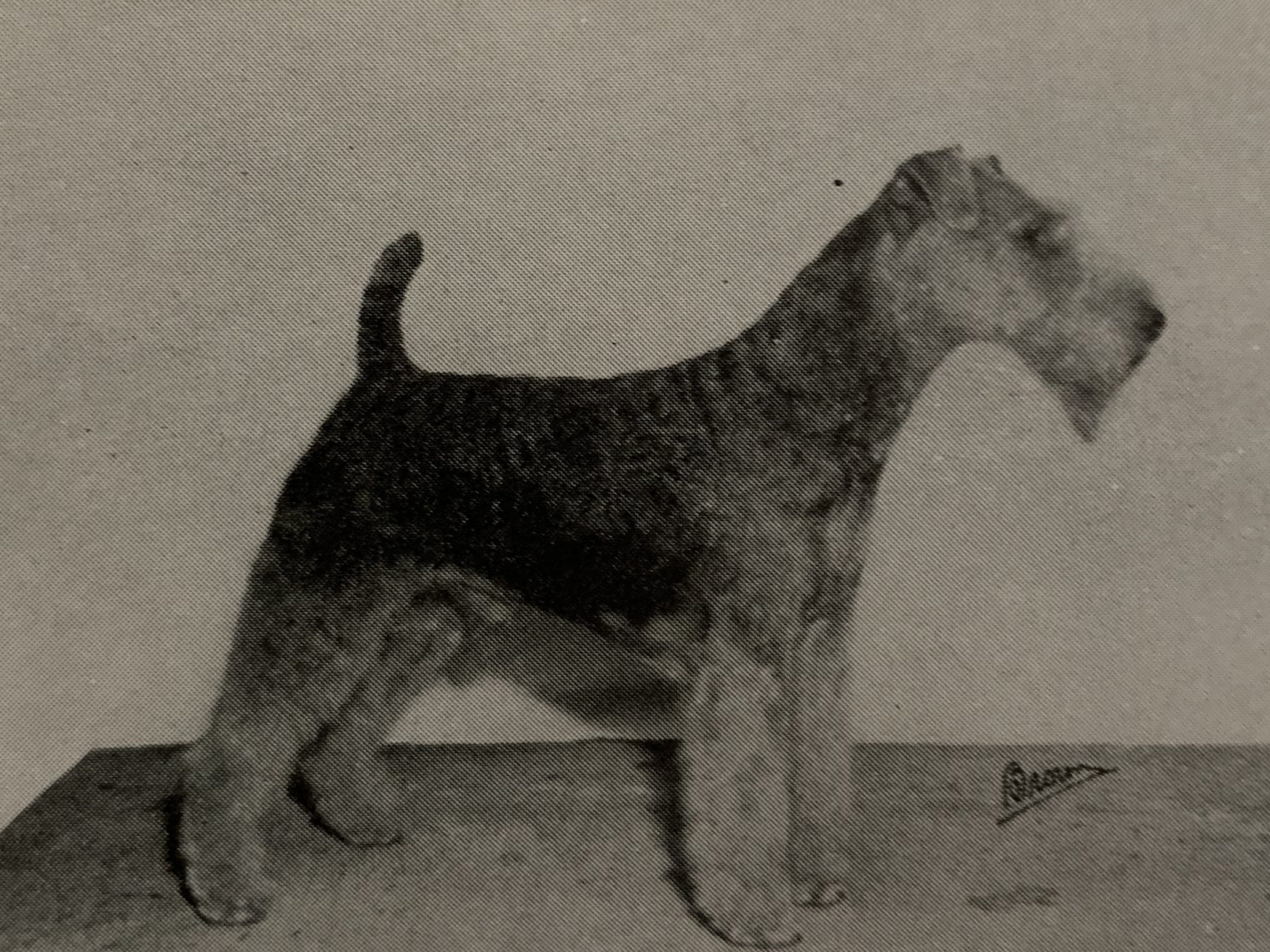 Lightning struck again in 1962 and 1963, when Mrs. Alker’s Ch. Caradoc Llwyd of St. Aubrey and her Dewi of St. Aubrey went back-to-back BIS at MCKC. This was the second time a Welsh Terrier beat all other terriers in consecutive wins at Montgomery. The following two years, the Scottish Terrier took the honor. 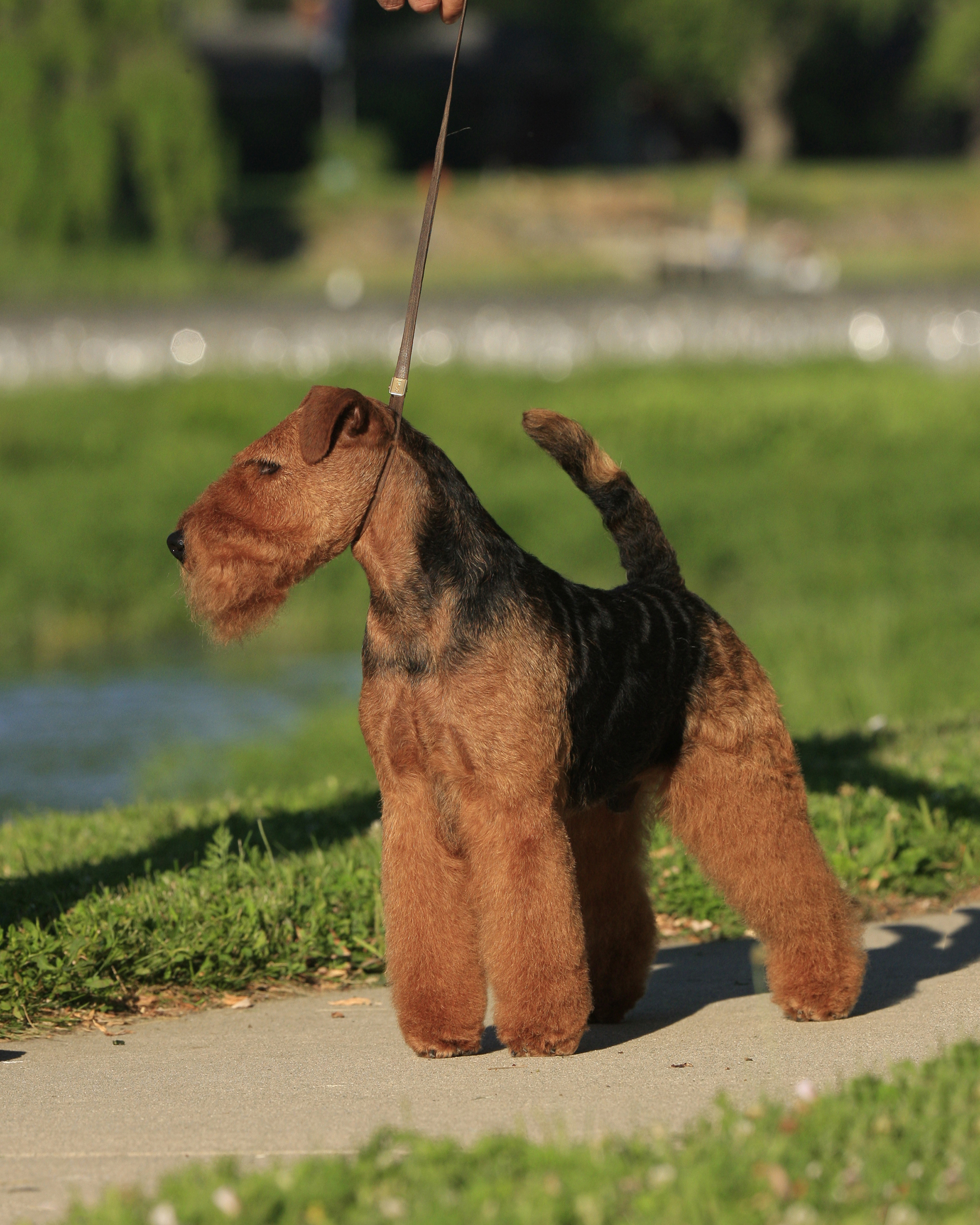 As of November 7, 2019, “Dazzle” holds 148 Group First and 37 Best in Show wins and is the No. 3 ranked AKC Welsh Terrier Grand Champion. He is the current Number One Terrier in America and Number Four Dog All Breeds. 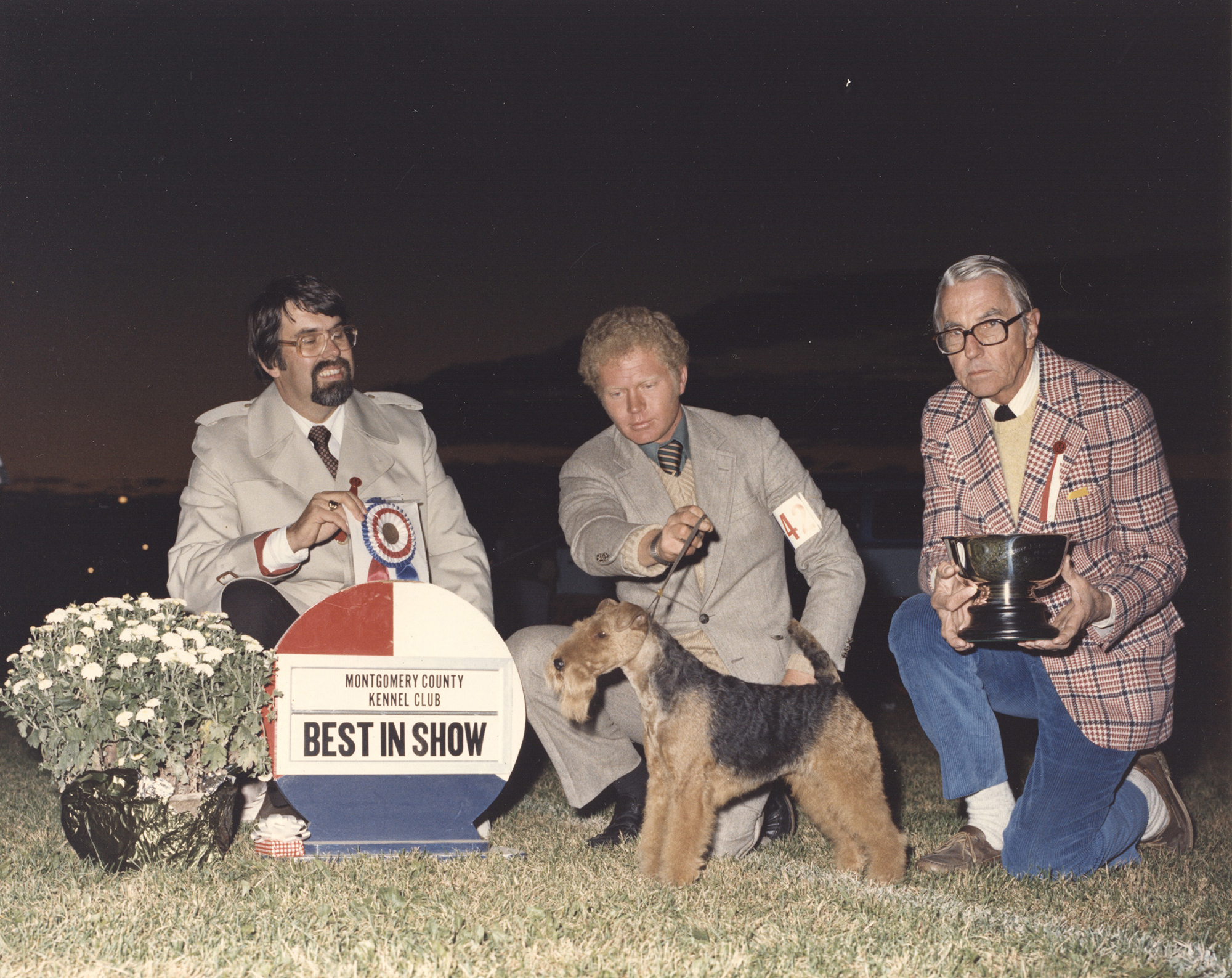 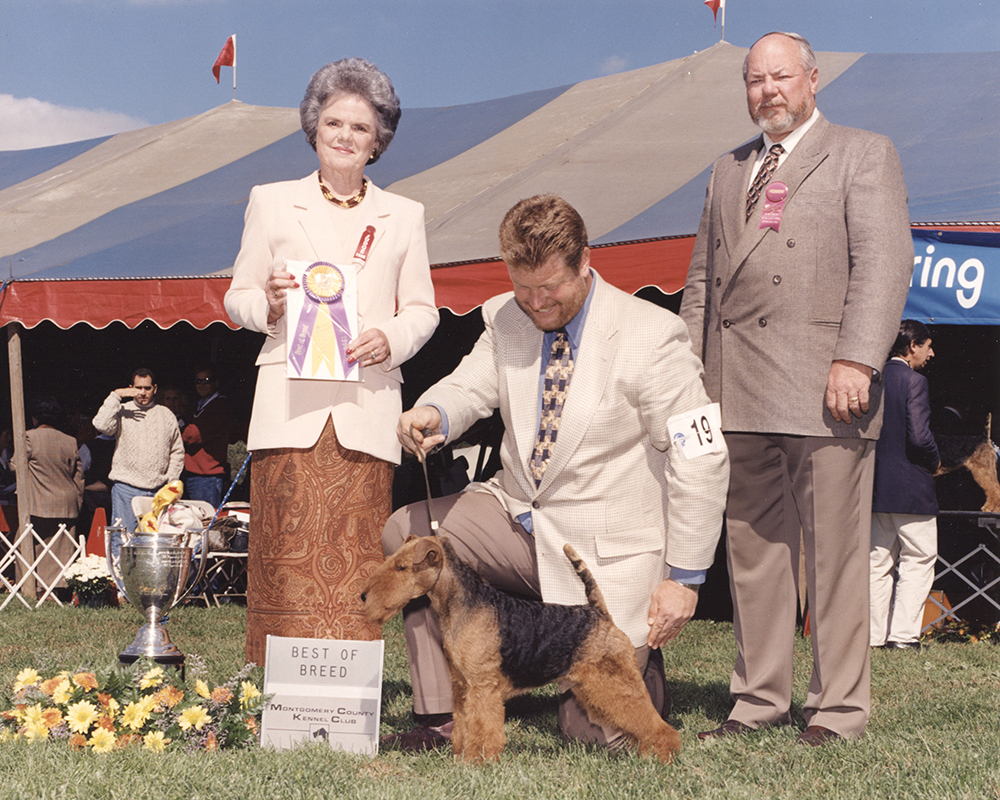 For more information on these record holders, and more, visit https://welshterrierrecordholders.com

You can watch the 2019 Montgomery County Kennel Club Best In Show judging on AKC.tv by clicking here.

You can watch the 2018 Montgomery County Kennel Club Best In Show judging on AKC.tv by clicking here.