Mrs. Edward P. Alker (Twin Ponds), referred to as “the queen of them all”* by Capt. I. Morlais Thomas in The Welsh Terrier (Daergi Cymraeg) Handbook, owned the only Welsh Terrier to win Best in Show at the Westminster Kennel Club. Ch. Flornell Rare-Bit won in 1944 over 2,510 dogs.

Mrs. Alker also won the Welsh Terrier Club of America Grand Challenge Cup 13 times between 1938 and 1973, surpassing Beatrice and Gertrude de Coppet (Windermere), who won 10 times during the period 1910 until 1932.

Her obituary which appeared in The New York Times on July 18, 1970 summarizes her career with dogs: “Mrs. Ernestine Sierck Alker, a noted dog breeder and exhibitor for more than 40 years, died Thursday at Doctors Hospital. Mrs. Alker, who was 80 years old, suffered a stroke on June 6 at the Greenwich (Conn). Kennel Club show. She was the widow of Edward P. Alker, banker and yachtsman who died in 1938.

A leading breeder of Welsh terriers, Mrs. Alker had served for many years as president of the Welsh Terrier Club of America, a group she helped found. She was also president of the Ladies Kennel Association, which introduced the first outdoor dog show in the country more than a half a century ago at Hempstead, L. I.

Mrs. Alker, who operated Twin Ponds Kennels—named for the two ponds on her estate—started her career as a dog breeder in 1928 with Dalmatians. She did little showing, however, until she changed over to Welsh terriers [sic] seven years later. She began her kennel with two imports, Sun Flower and Fanfare.

In 1944 she received the cherished Westminster Kennel Club best-in-show award with Ch. Flornell Rare-Bit of Twin Ponds, an English bred Welsh terrier. The dog retired after his Westminster victory with 27 bests.

Among her dogs, the one with the greatest number of victories was Ch. Twin Ponds Belle, who started campaigning in 1947, won 29 top awards, more than 50 terrier groups and had more than 70 breed victories.” 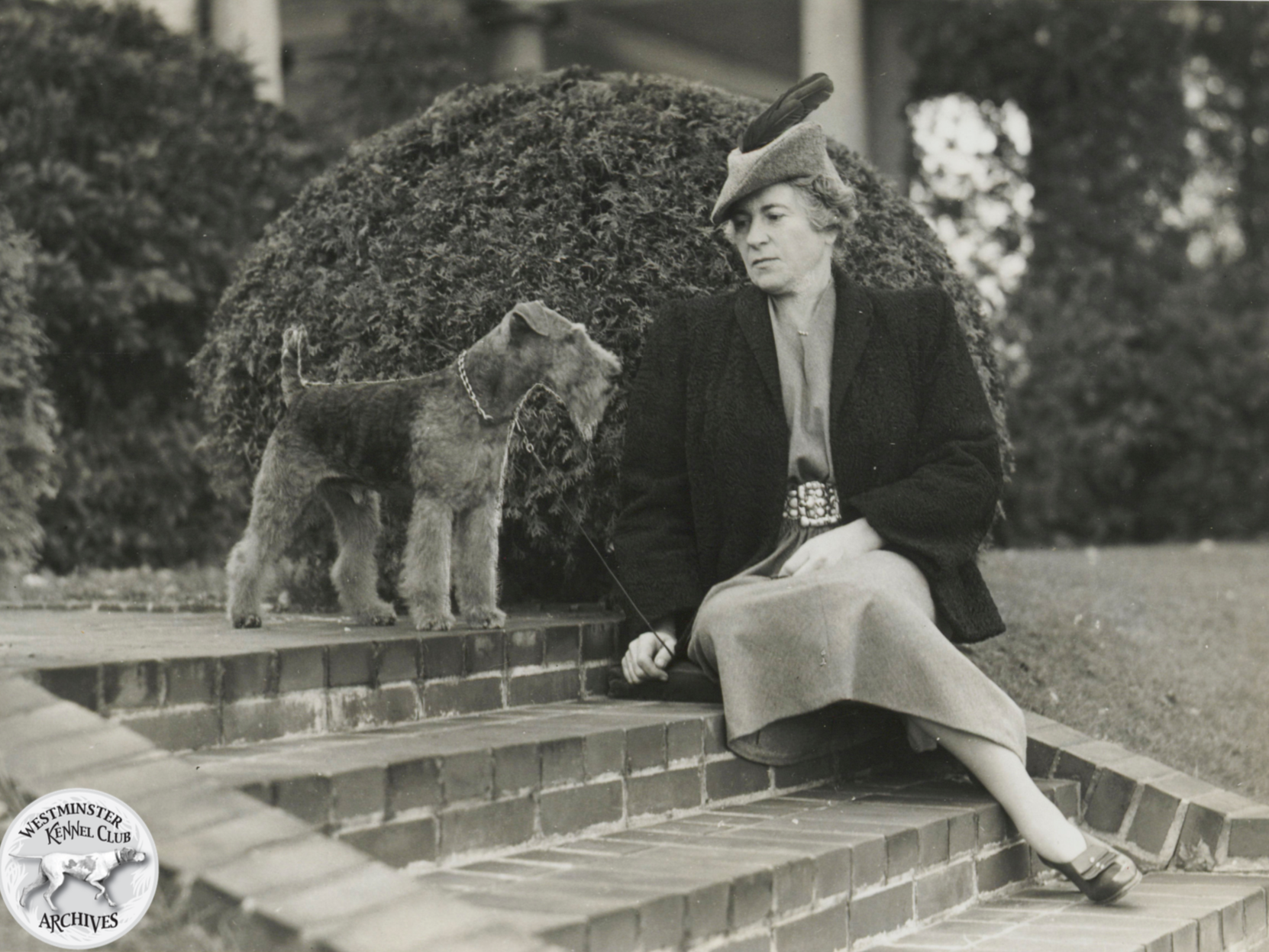 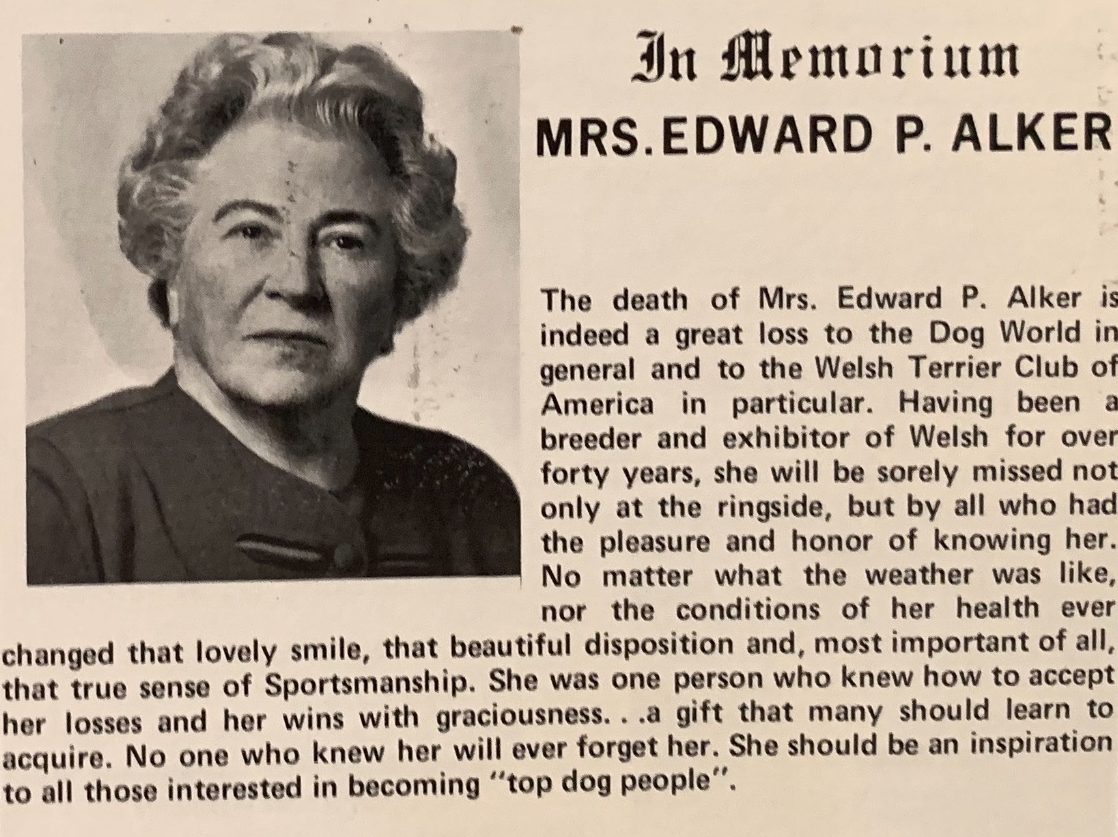