Capt. Thomas’ book, The Welsh Terrier (Daergi Cymraeg) Handbook, is a seminal publication from 1959 that is a must-read for Welsh Terrier enthusiasts. The book celebrates the best of the breed throughout history until its publication date. It includes Thomas’ record-holding dog of which he writes proudly: “Then came 1951 which was a particularly memorable year for me, as at the National Terrier Club Championship Show, held at Olympia on 18th January, the Welsh Terrier bitch ‘Twynstar Dyma-Fi,’ owned by my wife and I, was best exhibit of all breeds in the show. She was bred by Mr. T. M. Jones of Dowlais, and was handled by my good friend Mr. George Barr, the judge being Capt. R.S. de Quincey. The president of the National Terrier Association, Her Grace Kathleen, Duchess of Newcastle, presented the magnificent silver cup, which award has never been won before or since by a Welsh Terrier….

At Crufts, held at Olympia on 11th February, 1951, ‘Twynstar Dyma-Fi’ (‘Trixie’), again handled by Mr. George Barr, went on to win Best in Show, out of an entry of 11,265, comprising 5,443 dogs. This was an achievement of which I am very proud, being owner of the first Welsh Terrier to win this honour, and also the first Celtic owner.”* 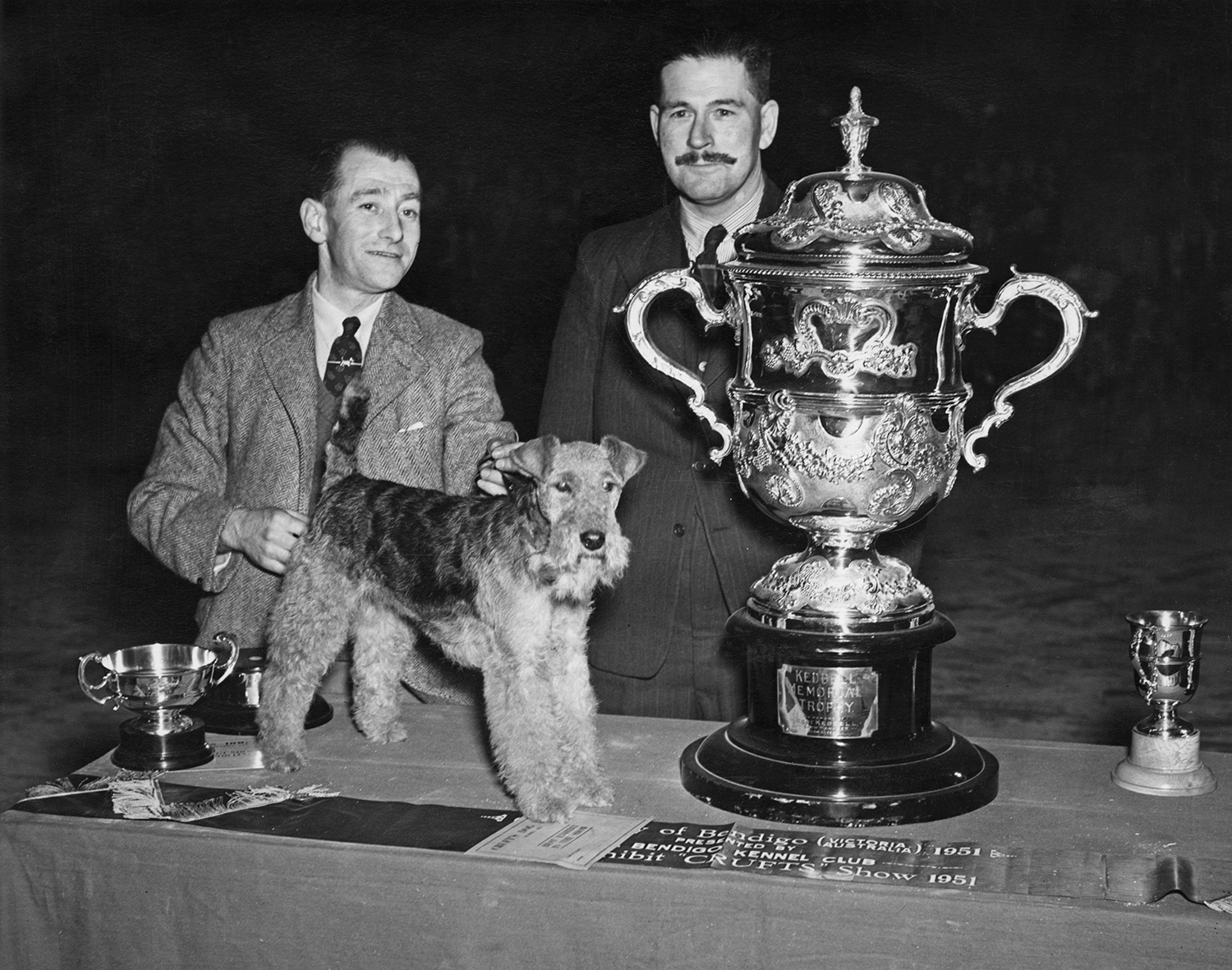