Prior to becoming Supreme Champion, Ch. Purston Hit And Miss From Brocolitia won nine groups (including Crufts and the National Terrier show) and four Reserve Best in Show wins. She scored her first Best In Show at the South Wales Kennel Club. Anne Maughan asked Frank Kellet to handle her with spectacular results, starting with Best of Breed at the breed show in 1991, then Best of Breed at Crufts 1992. In 1993, she won seven groups and a reserve from eight opportunities and had 18 Champion Certificates prior to winning Best in Show at Crufts in 1994.** 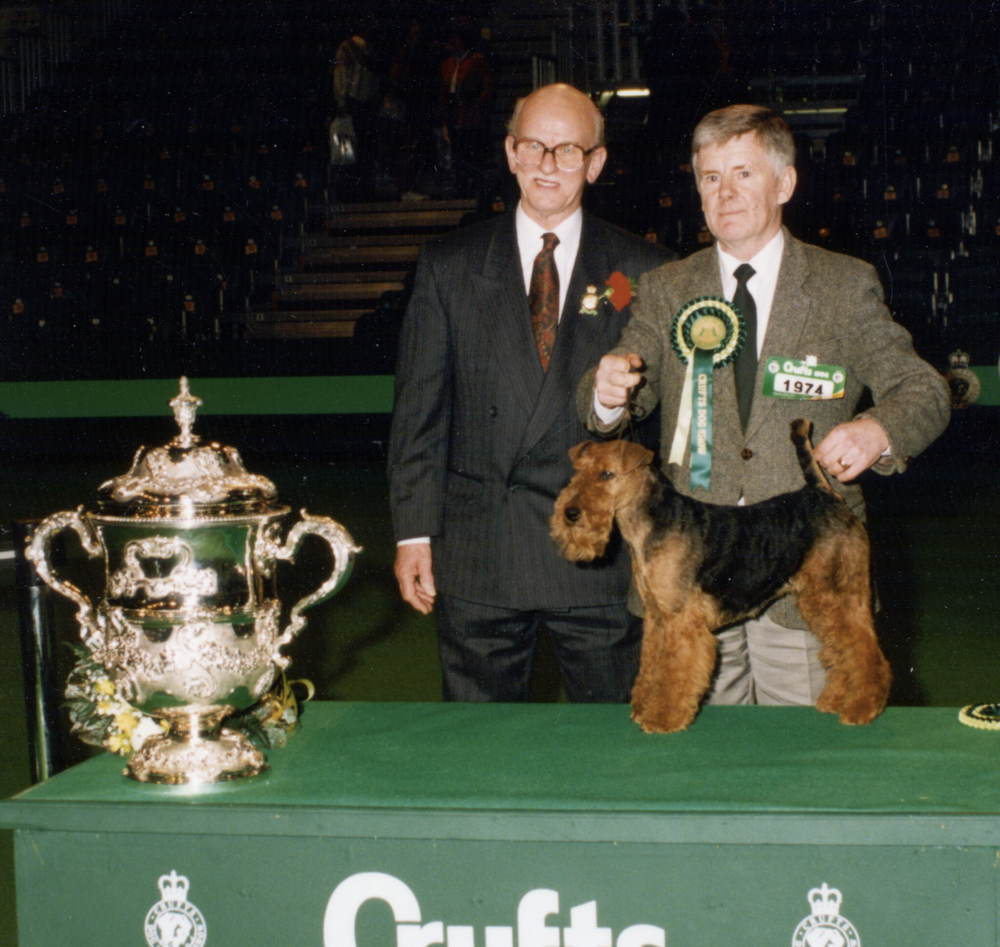 Supreme Champion Purston Hit And Miss From Brocolitia, Best In Show, Crufts, 1994, The Kennel Club © Image reproduced with their permission. 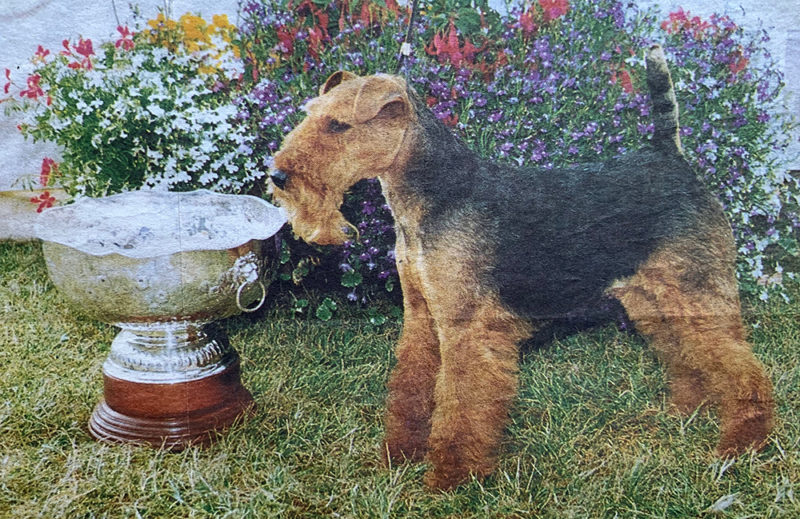 **UK newspaper clippings in the archives of breeder, Michael Collings.