Mr. and Mrs. S. Sloan Colt were legendary supporters of the Welsh Terrier Club of America, who WTCA Secretary Nell Hudson wrote, “lent wisdom, dignity and prestige to our club such as we may never see again.” Mr. Colt served as treasurer of the Club, and governor circa 1949 until his passing in 1975. Mrs. Colt served as the president of the WTCA for thirty-one years (1949-1980), the longest presidency in the history of the Club. Those around her remarked her hospitality was warm, inviting, and gracious. During her 40-year career, Anne Colt (the former Anne K. Weld) raised more than 80 Welsh terriers. She also judged in the ring.

Five thick, British racing green-colored Coltan Kennels scrapbooks, housed in the WTCA archives, chronicle the history of their kennels; news about the top Welsh winners, breeders, and exhibitors of the day; as well as treasures of Club activities and social graces. In them is correspondence between Mrs. Colt and a writer for Tales from Wales, who in November, 1973 noted:

“The records of 1942-1972 show that Coltan has finished ‘53’ Champions, 12 which were purchased and ‘40’ Home-Bred and one given to her. ‘Nutmeg’ was given to Mrs. Colt in 1942, but the statistics show that she really became serious about showing Welsh in 1950 and still achieved this enviable record. Enclosed was a note from Mrs. Colt stating that she had just heard that her puppy bitch got a major at Beverly Hills, so there are more to come [Mrs. Colt continued showing her dogs until her death in 1982]. Mrs. Colt’s Best in Show winner American, Canadian and Bermudian Champion Tujays’ Jubilee is retired and at home leading the good life with them.”*

Mrs. Colt’s analysis of the Welsh Terrier, in a long and illustrious career of breeding and owning champions, is noteworthy as she wrote in the Welsh Terrier Club of America Yearbook in 1971:

I do not feel that I should, or have the right to express the views of all the members of the Welsh Terrier Club of America so will have to restrict this mostly to my own opinion. I believe, however, that most of the exhibitors and breeders would agree with me that they prefer the old-type Welsh rather than the stream-lined [sic] ‘new look’. After all, our Club was organized in 1900 at which time the standard of the breed was determined and has not been changed since. So, why should our breed? I cannot say that I have not bred and won with several of the more streamlined dogs but I still prefer the old type with the wider head. At the moment I have two house dogs of both types so have had a chance to really judge and appraise the difference and I still much prefer the old type with which I have done a lot of winning too.

Entries at the shows in this country remain about the same with, I would say, an average of about 6 or 7 per show and about 30 to 35 at the Specialties. This may not seem very large but I have tried to stress that quality is more important than quantity. This, I think has proved true and it is very rare that one sees a Welsh in the ring that is not truly representative of the breed and one almost never sees a trace of false coloring which was seen too much of several years ago.

The only slight problem that I can see in the Welsh shown in the USA is size, whether imported or home-bred [sic]. Our standard calls for ’15 inches at the shoulders in Dogs—Bitches proportionately less’. I made the statement several years ago when I was in Wales that I thought the Welsh in our country were too much on the small size. Now I think the Welsh are getting too large and I feel that when this occurs they lose their type. I think we should all try to stabilize size in our breeding to really conform with our standards in establishing the true Welsh type.

On the whole I believe that our members are all of one accord and that is to keep the Welsh as they are and as they were. We are fighting to do all we can to stop ‘puppy farms’ and indiscriminate breeding and we are all careful to whom we sell puppies. Rarely does one see Welsh puppies advertised for sale other than from reliable kennels. We are determined not to ruin our breed!

Several regional Clubs have originated and have been of great help to the Parent Club. They are: The W.T.C. of Southern California, State of Washington W.T.C., W.T.C. of Northern Illinois, W.T.C. of the Jemez and the W.T.C. of The Potomac. We are all working together for our common interest.”* 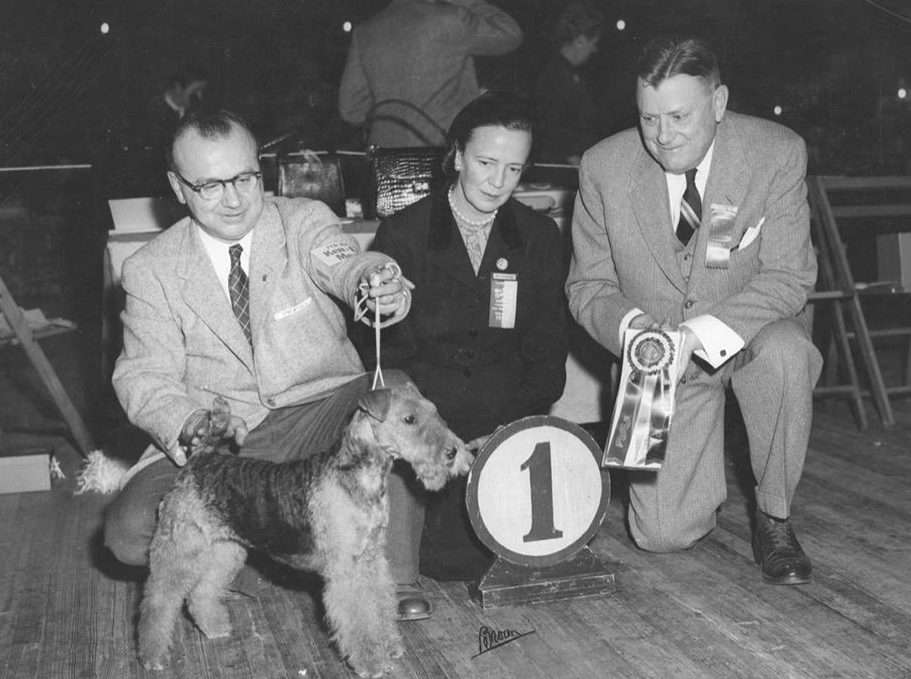 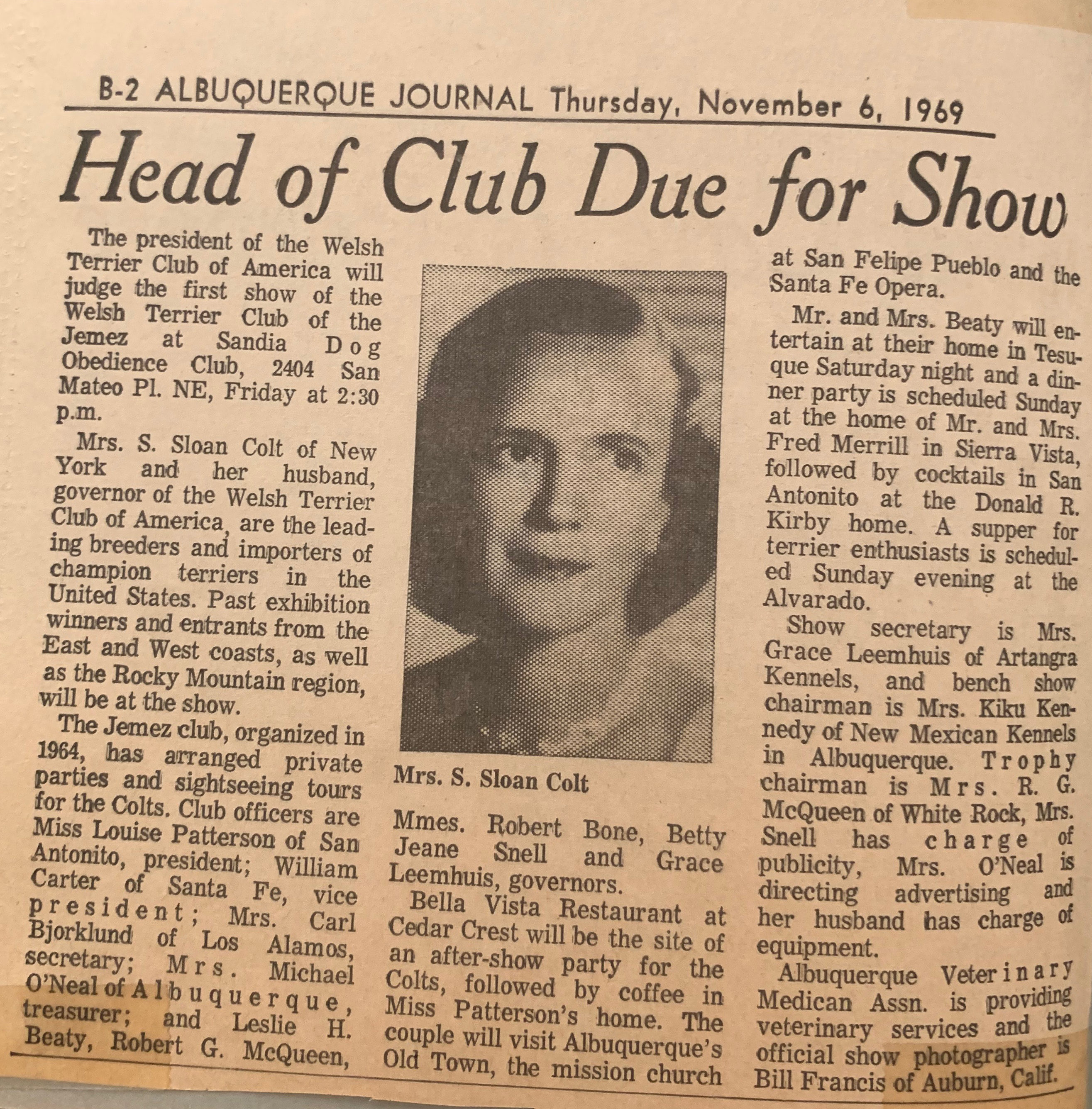 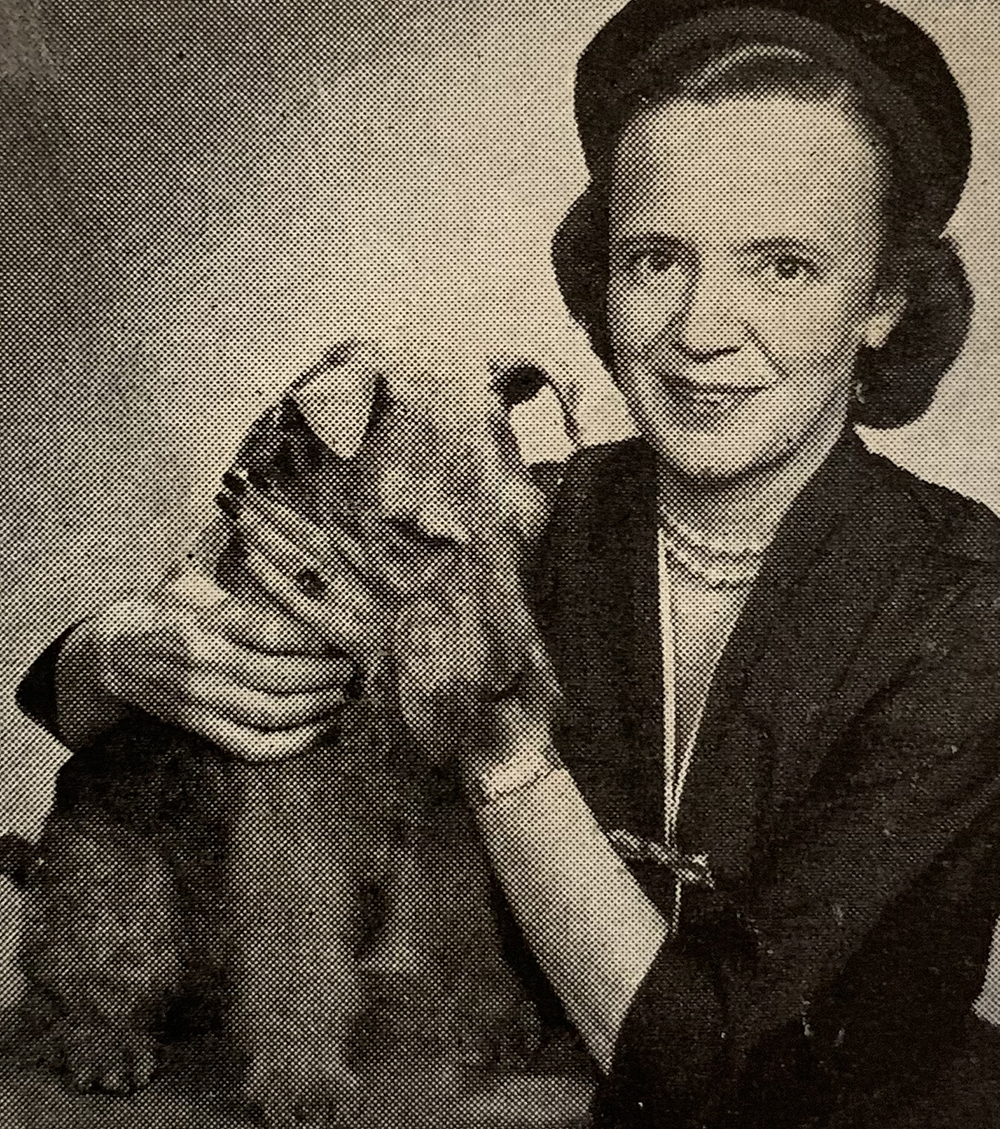 *Coltan Kennels scrapbooks, housed in the archives of the Welsh Terrier Club of America.