“Digger” was a travelin’ man with conformation championships in America, Canada, Bermuda, the Bahamas, Dominican Republic, Venezuela, South America, Mexico, and Puerto Rico. Kathryn Humphrey presented him in Mexico in 1985. He was her first Welsh Terrier and she experienced much with him.

“Digger was game for trying new things,” Humphrey writes, “be it going into a tunnel with a rat at the end, or a tracking seminar. The tracking seminar was interesting in that the instructor did not think a terrier would be able to do it. Later, he had to take those words back!

Digger was brave and stood his ground during the Temperament Test, barking and growling at the menacing person threatening us, but also knowing if you were a friend, wagging his tail with a happy hello.”*

In addition to his titles, “Digger” traveled to the Netherlands and received a good rating in his class. He was great with children and slept at the end of the bed. 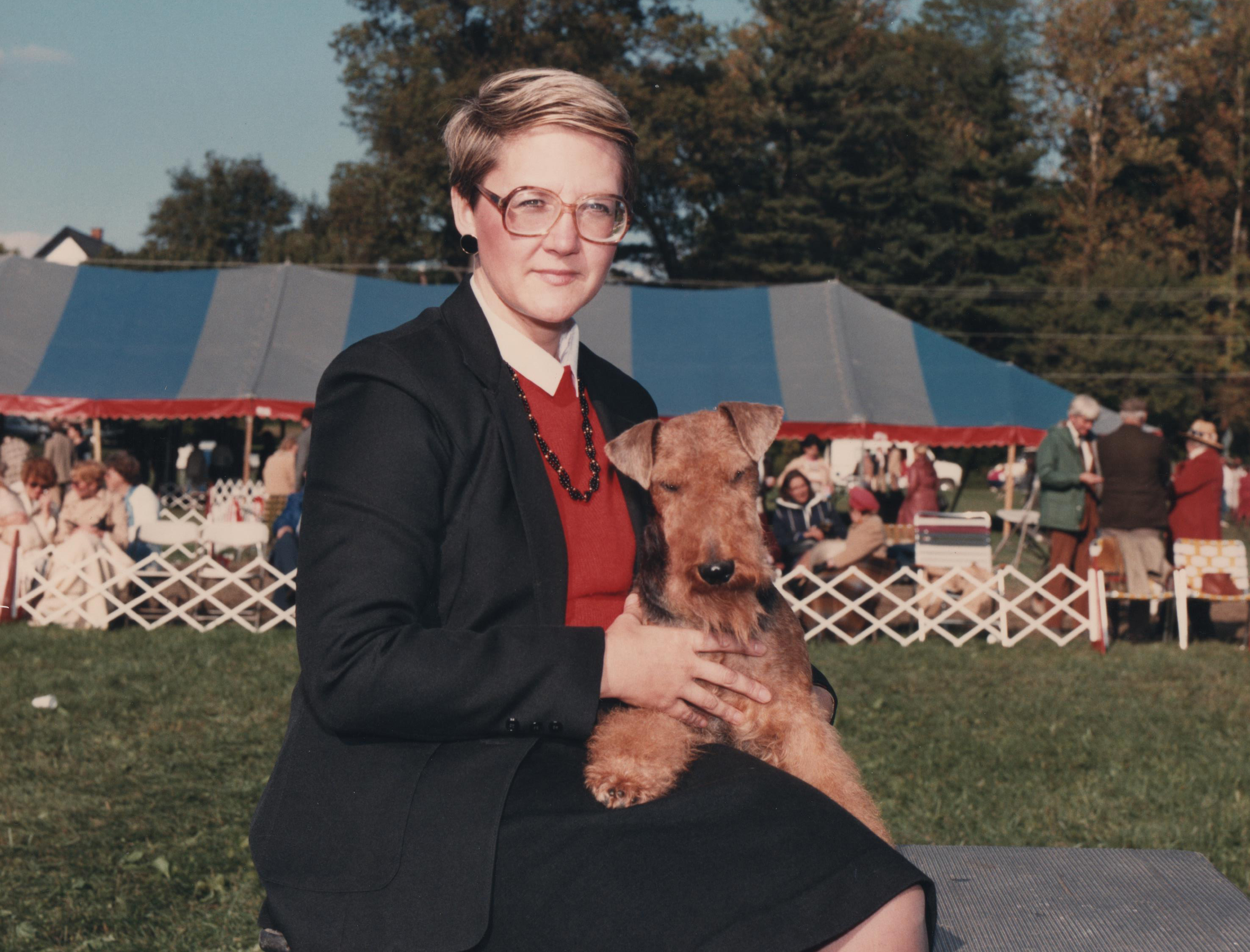 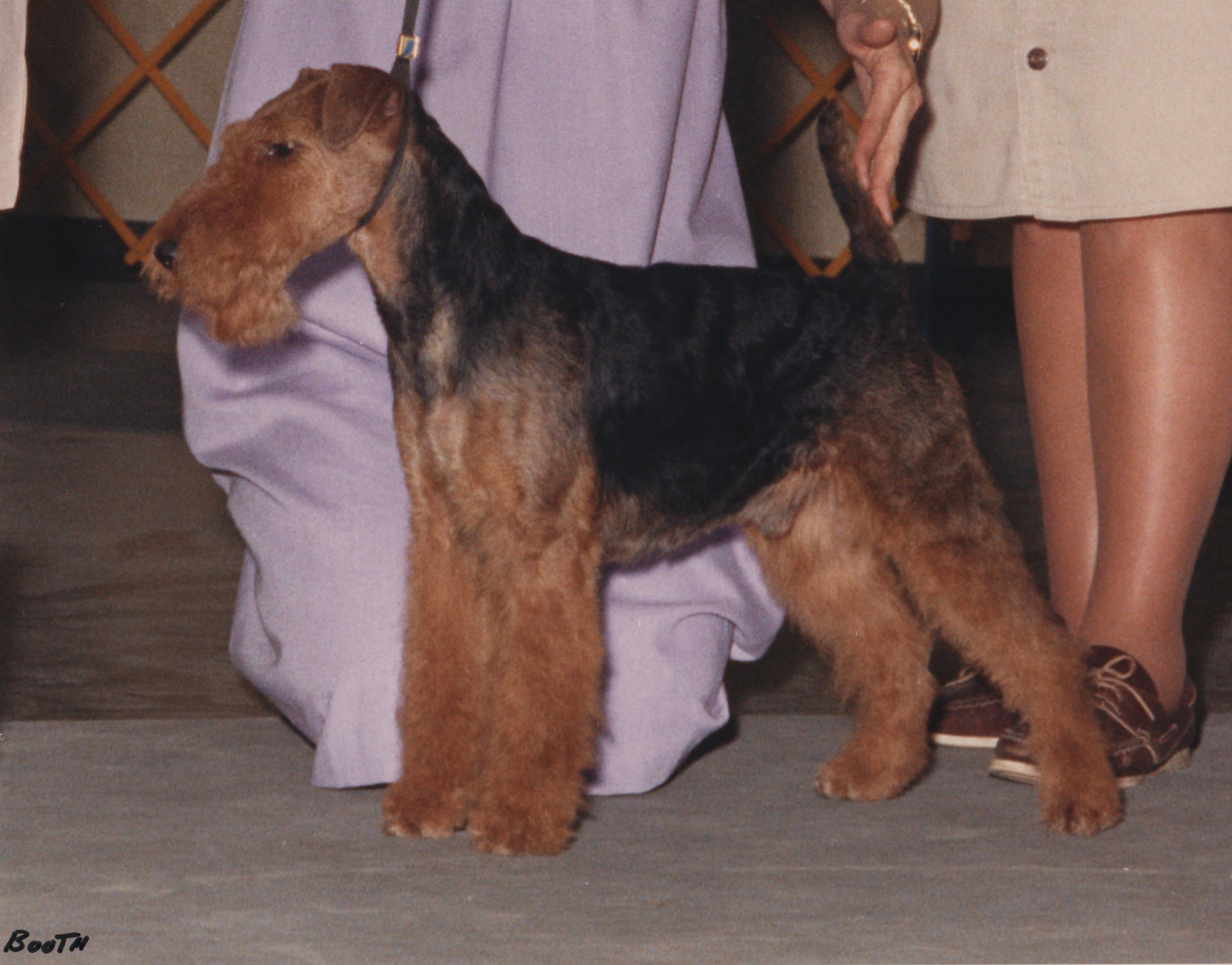 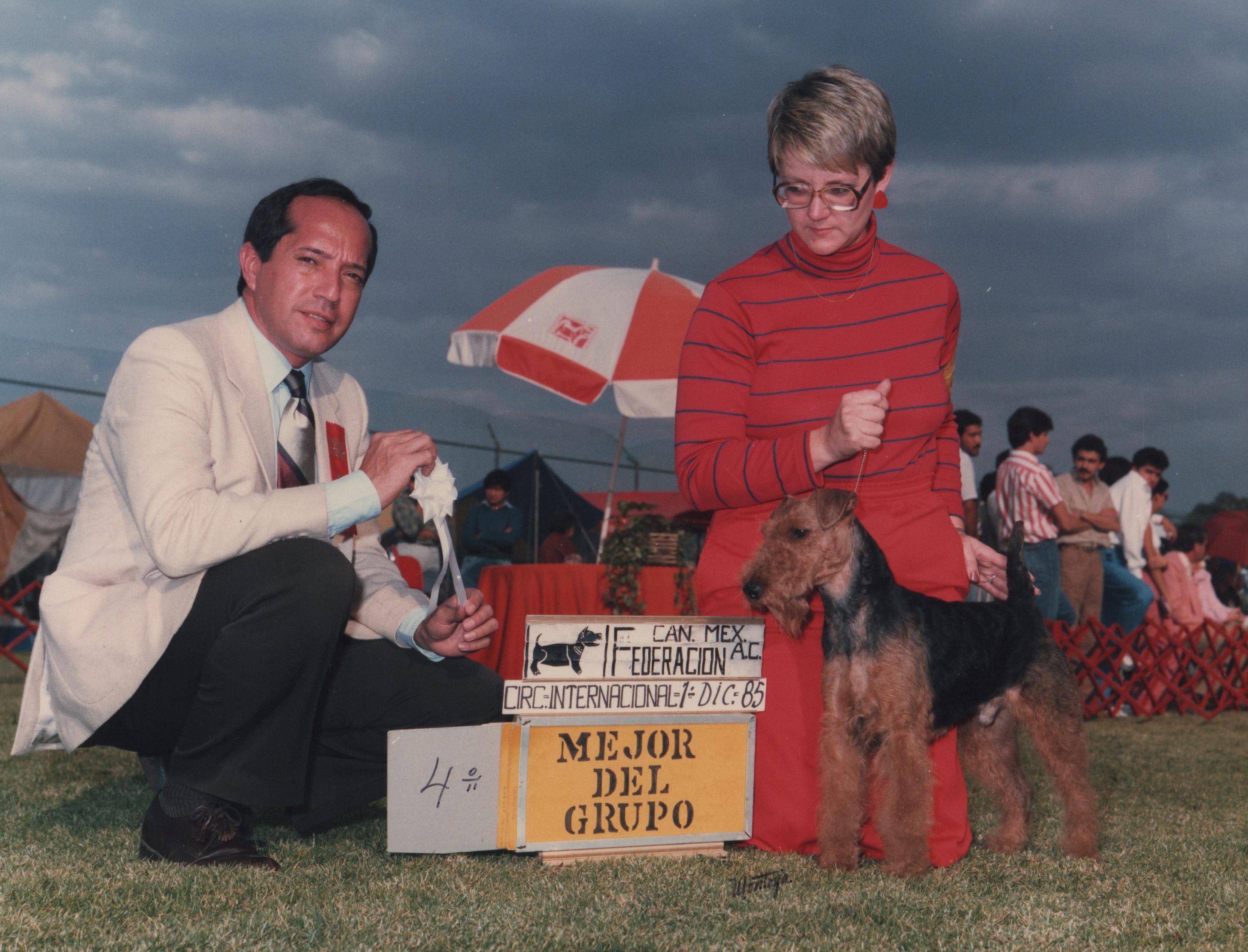