The Grand Champion title was developed and approved by the AKC Delegate Body in 2009. The new title encourages exhibitor participation and camaraderie in the sport while emphasizing breed judging that recognizes quality and breed type.

GCh. Ch. Malvado Dust Devil, “Dusty,” is the second Welsh Terrier to earn a Grand Championship, the first Welsh Terrier Grand Champion Bitch, a title earned on March 11, 2011. As of December 2018, “Dusty” ranks No. 27 with 102 points on the AKC Grand Champion Title list. She produced one litter of all champions, all girls, and retired in Florida.

Pat and Norm Clark started breeding and showing terriers over 40 years ago and successfully raised Airedales, Miniature Schnauzers,  and Welsh Terriers. They have specialized in Welsh Terriers. 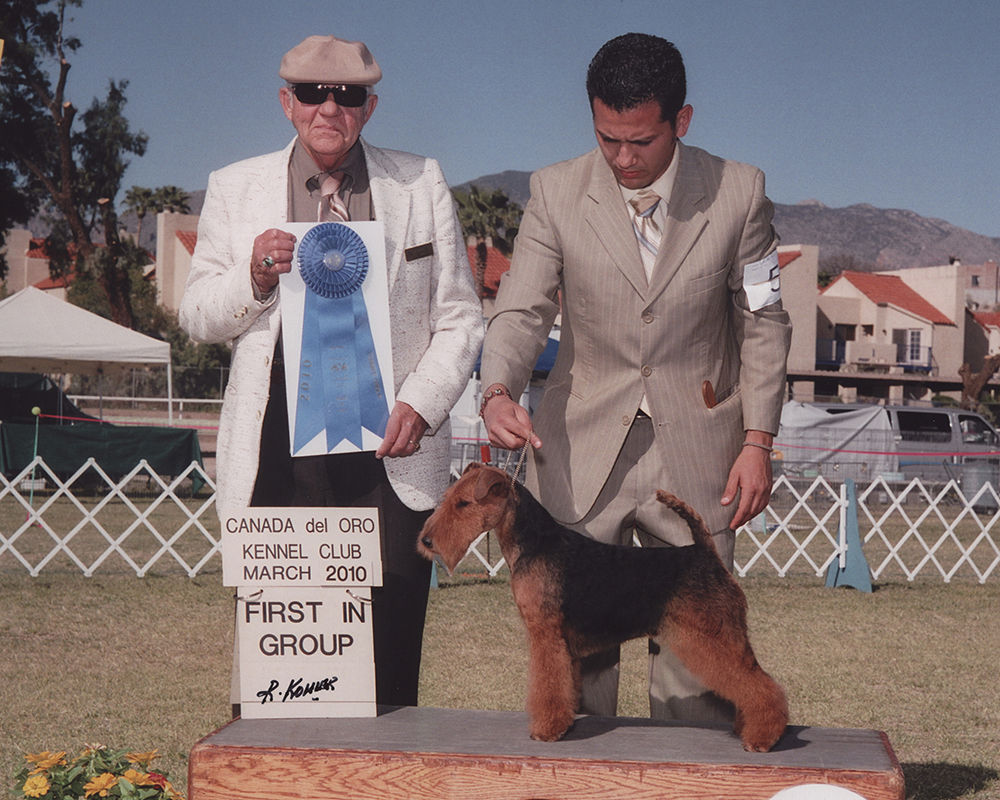 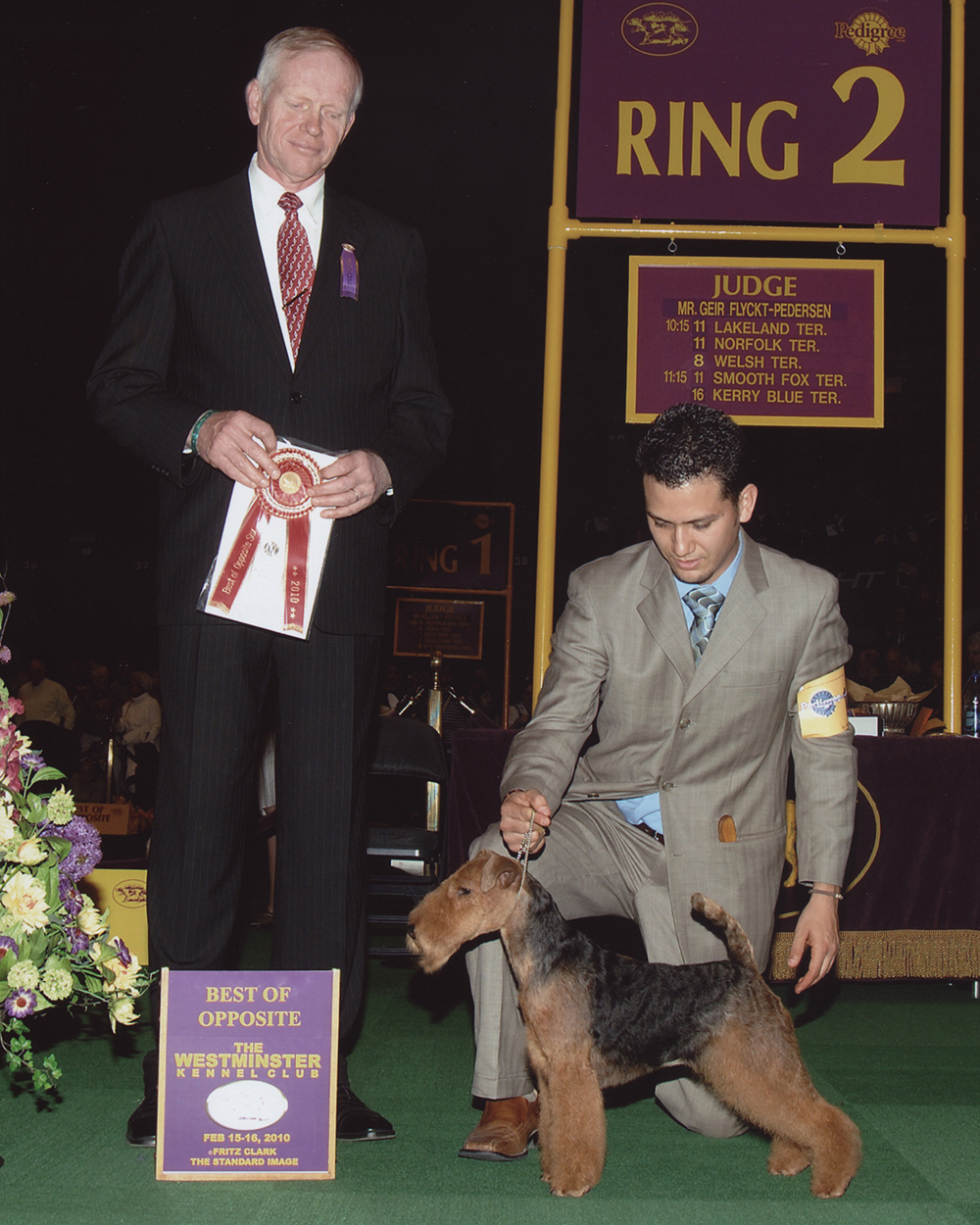